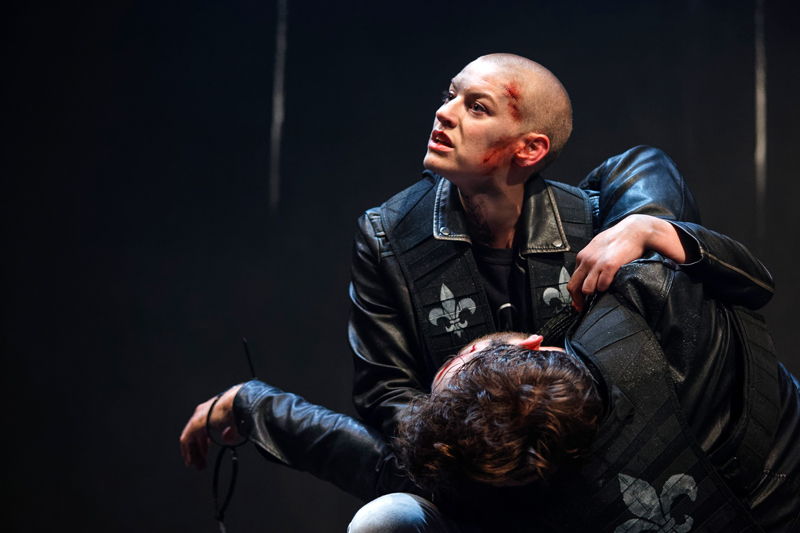 The problem with Shakespeare

Gerie Herbert wonders why a writer who died four centuries ago still holds such a big place in the nation’s heart and considers why many people don’t connect with his work and yet find this hard to admit to. Look for the magic and the poetry, she advises

Each 23rd of April my local Shakespeare Society hosts a delightfully eccentric celebration of William Shakespeare’s birthday. This festivity, open to everyone, is marked by a lecture, with the promise of lively questions to follow and the enthusiasm on display during the after questions might lead one to believe that despite finding ourselves hurled headlong into a digital age where we profess to hold the attention span of gnats, everyone still reads Shakespeare nightly. Shakespeare remains central to our cultural idea of ourselves and a lack of visibility isn’t really the issue. In recent months alone England’s national bard made not only a rather surprising appearance in Grazia magazine’s Chart of Lust (number ten and tumbling downward); he also featured in numerous newspaper articles on the pandemic, became a central character in Branagh’s All is True and Maggie O Farrell’s Hamnet, and was given his own sitcom, Upstart Crow.

And that might have been room for celebration enough, except when the questions are over this event, and the murmuring has died down about how wonderful the speaker was and how you had never really looked at it like that before, and in the interval you quietly absorb the existence of a rather surprising recruitment drive for the Richard III society, the much anticipated moment arrives when the trolley fetches in the cake (which is enormous and wears the features and full garb of one William Shakespeare) and let us not dismiss this, the alcohol. And grateful attendees toast a writer who died over 400 years ago but whose work is still proving an enormous floor filler, before singing him Happy Birthday as if still alive.

Always as the cake gets portioned out, I think that there is just the tiniest whiff of Victoria Wood in the rituals surrounding the sharing of the cake which feels English in all of the lovely ways, ways which are warm and inclusive and none of the less desirable ones. In short as an afternoon, it wears Shakespeare with a little s, the Shakespeare of magic and poetry and all the deadening stuff about significance and statistics and St George don’t even get a look in, and that is what keeps the same happy crowd coming back.

But there is little doubt most people look of a similar demographic to me, white and middle-aged plus, and it’s the same whenever you see Shakespeare whether that be in the theatre or at a live screening. The truth remains that many people continue to feel alienated from everything Shakespeare with a capital S stands for. And though he might enjoy cultural currency as a conduit of certain themes and issues, is it of importance if we aren’t really reading or watching him anymore?

Because in a broader cultural sense there is certainly something about the threading of Shakespeare not only with our sense of national identity but with a certain kind of cultural weight meant to validate us intellectually, that invites ambivalence at best and abhorrence at worst. For many it begets a sort of social embarrassment whereby if you don’t like Shakespeare or feel you fully understand him, or even if you do like him but not everything in equal measure it is very hard to admit to.

But liberate yourself from shame immediately and take comfort because, for a start there might be some lying going on and plenty of exceptionally clever people didn’t like Shakespeare either. In Shakespeare and the Drama, Tolstoy comically unfolds his utter bewilderment at the preposterous plot of King Lear and the fact it makes no sense. And amongst those who do love Shakespeare, who can’t imagine how you could exist in the world without knowing that ‘grief boundeth where it falls’ or loving ‘When to the sessions of sweet silent thought’ it doesn’t mean they love it uncritically or in equal measure.

I am sure there are plenty of Shakespeare lovers who find comedy doesn’t travel well down the ages or find the tragedies too bleak for their taste. And for every transformative live performance experienced, there will have been plentiful nights spent in unspeakable misery watching productions where all the verse was spoken in perfect rhythm but without a single note of genuine feeling. All the while wishing they had not dragged along their teenage child for whom they probably just killed Shakespeare for life.

A further reason people don’t thirst for Shakespeare could be that they learn in an accidental kind of way that Shakespeare while supposedly representing the whole of English culture, simultaneously doesn’t appear to speak for them. By the time they learn the conspiracy on why Shakespeare couldn’t possibly be Shakespeare, it’s perhaps no wonder they think they are on a hiding to nothing. Bolder casting decisions are important, humanizing Shakespeare through drama or literature helps, but if clever men insist on telling poor kids that poor kids should strive to read Shakespeare while not being thought clever enough to write it, it’s little wonder perhaps they fail to engage. But of course, Shakespeare was clever enough to be Shakespeare! And not just clever but magical!

There are plenty of complete bores well versed in Shakespeare and there are plenty of people who never read a book in their lives brimming with emotional delicacy and intelligence. And there is no reason why you should love Shakespeare, but it would be wonderful if you felt you could. Every person who loves it would probably like to force feed you Ben Whishaw as Richard II or make you sit down on your bed and read sonnets end to end when you’ve a broken heart, but it would do no good.

If you want to make a start somewhere then you could do little better than join your local Shakespeare Society where members sit and work the play out together without any social embarrassment and for the sheer love of stories and words.

Shakespeare at the Tobacco Factory have a short perfomance planned for 26–28 May at Tobacco Factory Theatres. Keep an eye on stf-theatre.org.uk and tobaccofactorytheatres.com for announcements.

Main image: Henry V at Shakespeare at the Tobacco Factory in 2018. Photograph by Craig Fuller.

Previous
Support Men In Pants to become a Testicle Defender!