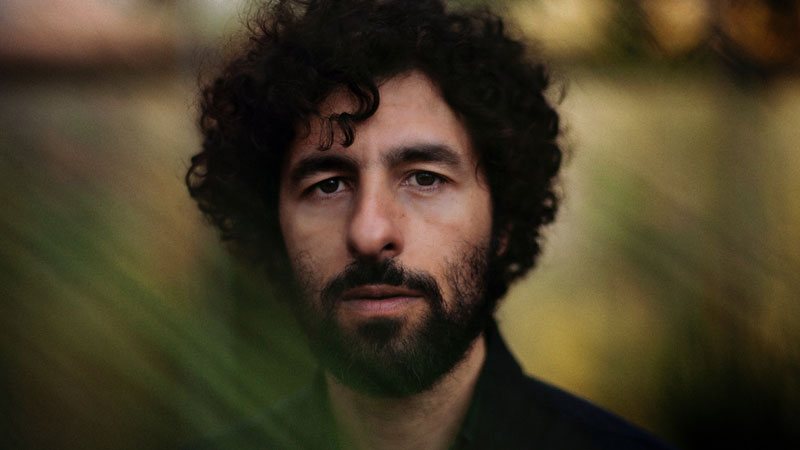 Swedish singer-songwriter José González is back on tour with his fourth solo album, Local Valley. Ahead of his appearance at The Marble Factory on 26 April, we catch up with José and delve into the making of his soulful sounds…

Since the release of his critically acclaimed debut single Crosses in 2003, and his subsequent cover of The Knife’s Heartbeats on the same album – a rendition that has earned more than 372 million listens on Spotify alone – José González’s signature glacial vocals and impressive Spanish-inflected fingerpicking have been a mainstay of the indie-folk scene for almost two decades. His long reign is very much a testament to the quality of his work, especially as his latest release, Local Valley, comes some six years after his last, and is only his fourth solo album to date. Nevertheless, few artists possess a body of work than can rival José’s catalogue. Over the years, he has received numerous platinum records. In 2018 – three whole years after he’d released a new song – he sold out London’s prestigious 4000+ seat Royal Albert Hall.

Today, the Swedish singer-songwriter is back on the road, unsurprisingly packing out venues all over the world. As I speak to José ahead of his appearance at The Marble Factory on 26 April, he is mid-way through his tour in the States. When my call connects, he is walking along the serene streets of San Diego, where he is due to play that evening. It’s 7.30pm in the UK, the skies are grey. It’s 12.30pm on the west coast of America and the sun is apparently beaming down. I wish it was my shoes that I could hear brushing the pavement stones, but I digress…

Local Valley sees the return of José’s stripped-back setup and gentle philosophical lyrics. In some ways, this album is a natural continuation of his previous work, but in many others, it marks a new chapter in José’s life. For starters, we hear the influence of his two children, both of whom were born during the making of this record.

The eighth track on the album, Lilla G (short for lilla gumman, which means ‘sweet little girl’ in Swedish) came from a tune José first hummed to his baby daughter. “I was playing around, singing her songs and coming up with new melodies every day but that one just got stuck,” he explains with a smile. “I think that was the only time I’ve ever started with vocals and then made a song out of it – it was fun to make,” he adds.

What’s more, Local Valley is the first time we hear the trilingual musician sing not only in his native Swedish but in the language of his Argentinian ancestors. José was born in Gothenburg on the west coast of Sweden a year after his parents fled Argentina following the military coup in March 1976. Although he has always wanted to produce songs in both Spanish and Swedish, he often found it easier to write in English. “Maybe I was just lazy before and didn’t push through,” he laughs. “But this time, I had many reasons to keep going. Part of that was not having much spare time because I was looking after my children – I think that makes you more actionable.”

The process of making an album is always a steady one for the singer-songwriter. Although José’s pace is slow, his journey is contemplative, purposeful, unerring. He allows his melodies and riffs to arrive organically, producing demos that can sometimes sit untouched in his studio for years at a time. José tells me that he had a version of Local Valley ready to go by March 2020, but he saw the pandemic as an opportunity to fine tune his creations. “It’s pretty obvious that I’m very slow and part of being slow is because I’m not the best guitarist or the best poet – that combination is pretty bad,” he says modestly. “I take a lot of time to think about details and I’m OK with having my demos lying around for years until I find the final pieces of the puzzle. It’s fun, it’s been getting easier and easier with every album. I used to feel that I had a constant writer’s block but I think that becoming a dad and having less time to write has actually helped me get over that.”

José describes Local Valley as “a mixture of classic folk-singer songwriting and songs with influences from Latin America and Africa”. Head On is a great example of that. It was also apparently inspired by a jamming session with Nigerian guitarist and songwriter Bombino.

It’s clear from listening to José’s full body of work that he has always been a deep thinker. Before forging a career in music, he was a biochemistry doctoral student at the University of Gothenburg. A yearning to explore and examine complex subject matter seems to be woven into José’s makeup. He consumes topics such as effective altruism, secular humanism and ecomodernism. His lyrics, as a result, incorporate associated subjects and wider global issues, all of which are communicated with such insight and eloquence. Local Valley is no different. The title itself is “a metaphor for both humanity stuck here on earth – our local green valley in a vast, inhospitable universe – and also for two dogmatic tribes stuck in a state where they’re unable to see things from the others’ perspective, preventing them from establishing a more harmonic state.”

This message is also beautifully mirrored in the album’s cover, drawn by José’s partner, illustrator and designer Hannele Fernström, who adds her voice to Swing, and for whom the final track, Honey Honey, was written. While the image appears to depict a sunlit valley filled with animals and plants, the elephant and blackbird at its centre are, José reveals, “a nod to ‘The Rider and The Elephant’, a behavioural psychology model by NYU psychologist Jonathan Haidt.”

Look out for themes of nature in Visions, listen to José’s impassioned observations of our current environmental crisis in Tjomme and immerse yourself in his cover of Iranian-Swedish artist Laleh’s song En stund på Jorden, which translates as ‘a moment on Earth’. For the keen listener, his lyrical work is profound.

We may not see an awful lot of José but his songs are ever present in our lives. If you’ve ever sat down to watch This Is Us, Crazy Stupid Love, The Secret Life of Walter Mitty, The Blind Side or most recently Netflix’s The Last Dance, you will have heard José’s warm tones sail through your speakers. His artistic output may not be prolific but his voice is ubiquitous. His place in music history was cemented two decades ago and Local Valley shows his creative drive is still firing on all cylinders.

As for José’s return to the city this month: “Bristol reminds me a bit of Gothenburg,” he tells me. “Some cities have a similar spirit – I would say Seattle, Bristol, Gothenburg – it always feels good to be in Bristol.”

José González will be playing at The Marble Factory on 26 April. Purchase tickets via Bristol Beacon’s website: bristolbeacon.org

Previous
Beyond meat: in conversation with Rob Percival

Next
Make it Happen: in conversation with Paul Viragh