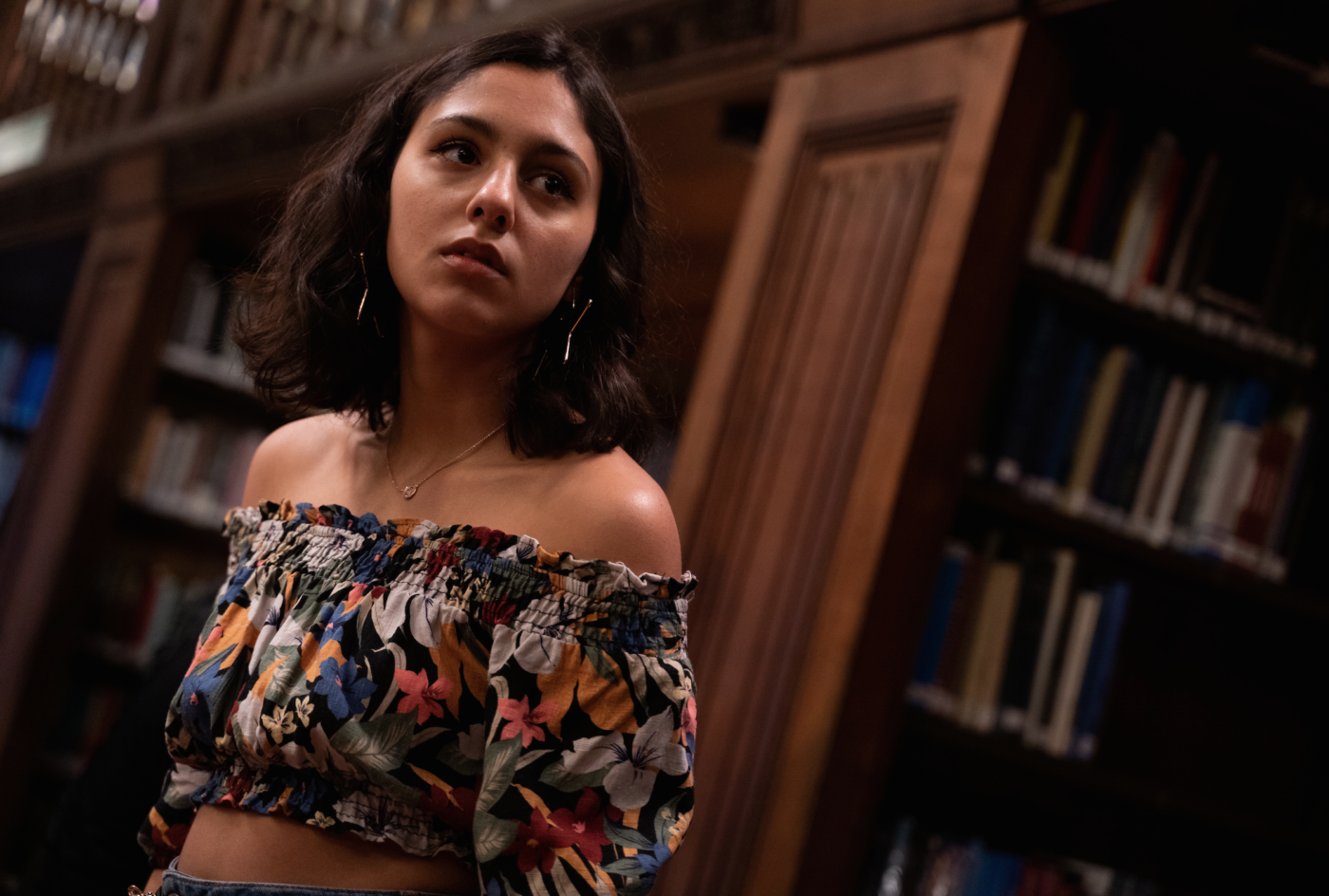 At just 23 years old, Rhianne Barreto has already made an big impression in the acting world, her previous roles including Sophie in American action drama Hanna in 2019 and Bekhal Mahmod for the ITV mini series Honour in 2020 which depicted the police investigation and revelations about police failings in the run-up to real-life disappearance and ‘honour killing’ of Banaz Mahmod. This autumn she’s back on our screens, playing Rani in The Outlaws. We took five with her to find out more about her time filming the show.

TBM: How was the experience of filming The Outlaws? What did you learn from it?

RB: It was phenomenal. We started pre-Covid and filmed two seasons back to back and we are still going. It spans such a vast amount of time that it’s tricky to consolidate all the memories into one paragraph. I had a blast and learnt a lot in regards to the technicalities of filming. We are on our 180th day so I feel like I’ve been through such a training ground for marks, eyelines and lenses etc.!

How was it to work with Stephen Merchant and Christopher Walken?

Inspiring really; two legends! Stephen’s character is pretty silly so it was fascinating seeing him go from being a powerhouse running the show – directing, acting and producing – to playing the complete opposite. Christopher Walken was just electric; super playful, and he just has this sparkle in his eye. I mean, he’s Christopher Walken! It’ll be fascinating for the audience to see a Hollywood legend being plonked in the middle of our story in Bristol.

What was the funniest or most memorable moment on set?

Once Christopher Walken (in the middle of a scene) walked through the door singing a rendition of Don’t Cha by The Pussycat Dolls – pretty iconic.

Can you tell us a bit more about your character, Rani?

The story begins with Rani as she’s been accepted into Oxford University but we soon learn she has a penchant for stealing. Rani’s a dichotomy in a lot of ways and she grows a lot throughout the series. She’s thrown into community service after being caught, and the show follows her in an Alice in Wonderland-esque way where she meets these characters in this new place, subsequently growing and learning.

Had you had much experience of Bristol before coming here to film?

Unfortunately I hadn’t been before, although I had heard great things, so I’ve only really been in the time of Covid which is sad because it’s such a social and buzzing city. I would’ve loved to have experienced it to its full!

Where did you hang out after filming?

Clare [Perkins], Darren [Boyd], Gamba [Cole] and I frequented this place called Cafe Cuba after work. They do the most amazing mojitos and all the food is just divine. Such a great hang.

Which cast member did you hit it off with most?

Everyone, from the cast to the crew, was just incredibly friendly and funny. Any day you came into work, you knew you’d laugh a lot. Strangely, Gamba and I knew each other before. I distinctly remember helping him with a self-tape and manifesting us working with each other again in his car – little did we know! It’s been such a gorgeous experience working with such renowned actors – all of the cast of The Outlaws were people I admire from theatre, film and TV so I felt super lucky to meet and work with them.