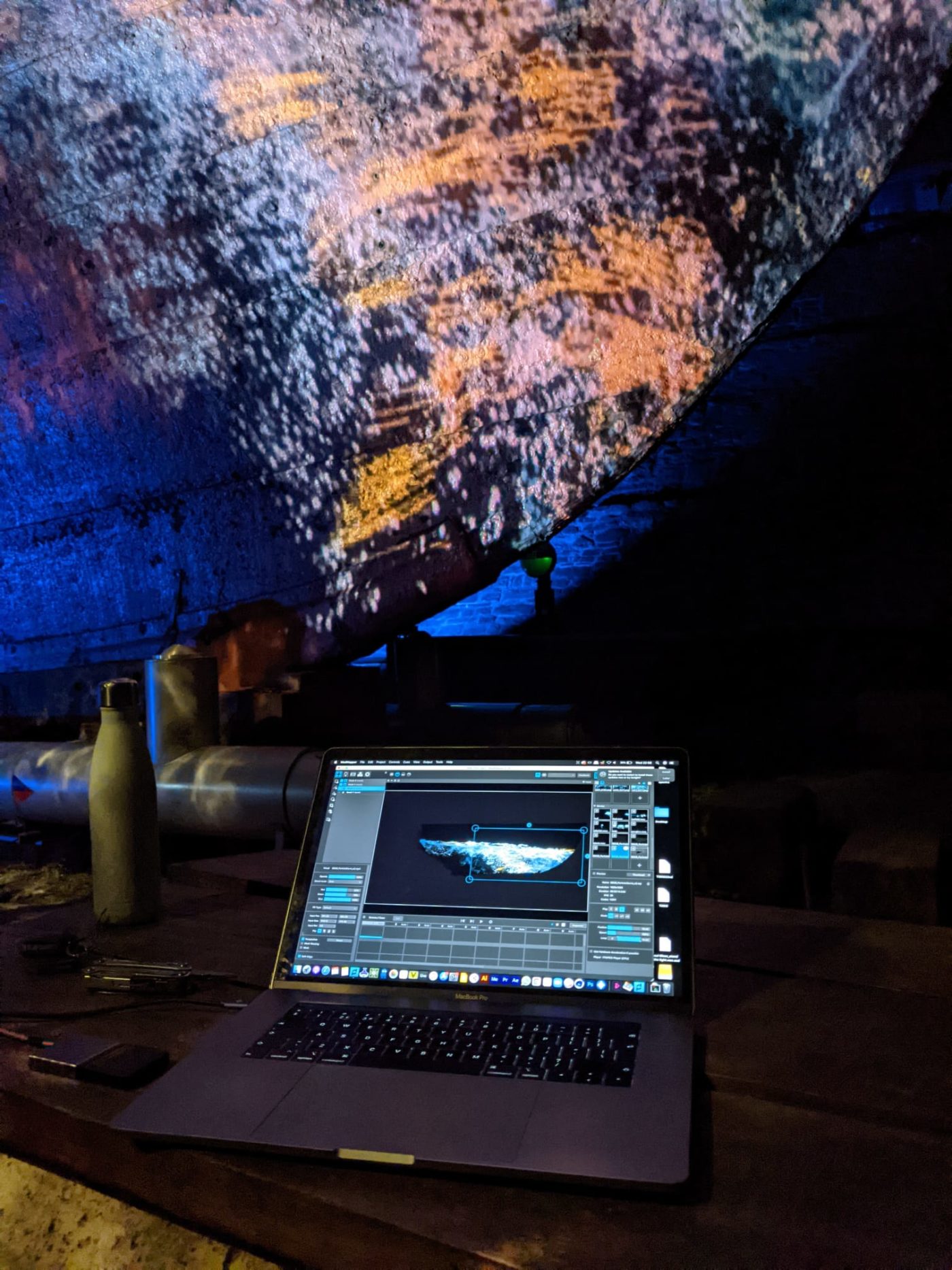 Voyage on the Iron Island

Not since she was rescued some half a century ago has the SS Great Britain been surrounded by the sights, sounds and movements of the sea. Now, in Bristol’s multimedia design studio Limbic Cinema and Wiltshire writer and performance poet Saili Katebe, the SS Great Britain has ignited a contemporary creative response that has resulted in a new immersive multimedia experience for visitors.

Known as the world’s first great ocean liner, the SS Great Britain was saved from the Falklands seabed in July 1970 when her rusty hull was at risk of splitting in two. Back in her original dockyard and beautifully restored, the ship now enjoys 200,000 visitors a year to Europe’s most welcoming museum (it’s true, the European Museum of the Year Awards said so in 2019).

“I was taken by the stories and history,” said Saili Katebe, whose latest poem Iron Island provided the inspiration for the installation. “She is clearly very special; there was a lot of hard work and dedication that went into bringing her back and preserving her.

“The ship carried thousands of people to America and Australia – many of them leaving home forever. She still bears the cargo of their stories – so much hope, fear and ambition. I imagined the ship as an island made of iron, something which stays strong even in the upheaval of change and challenge.

“Now more than ever, it’s invaluable to hear and explore stories from across the globe, and as the first ship of her time to travel as far and as often as she did, there are so many stories still to be discovered; so much truth and life to be uncovered.

“It was an honour to celebrate the ingenuity of the ship and that passion for what we can learn from its stories.”

John Henry Chatterton
Voyage 11 return
Whilst serving out the bread this morning we heard that there was an iceberg in sight. Got out my telescope and looked at it. It appeared to be about six or seven miles off. The sun was shining brightly at the time, and it looked exceedingly pretty.

Charles Albert Chumley
Voyage 20 return
…No one who has not seen an iceberg can form an idea of the appearance of them, there was one which we were very close to, about 50ft high, over which waves literally broke themselves till the whole thing appeared, when the sun shone, like a volcano of glass throwing out showers of diamonds…

…As I was looking at it through a glass a large block slowly disengaged itself and rolled into the water with a tremendous splash…
…The cold was intense while we were close to it and is even at this moment almost freezing my fingers, which circumstance added to the rolling of the ship makes this document rather illegible. We certainly had a most providential escape as steering one degree farther to the North would have sent us right against the ice…

The installation combines projection, lighting and surround sound to transport audiences through underwater worlds. Much of the 1,000 square metres of laminated glass will be darkened, making for a unique space for projection-mapped imagery to materialise on the walls and iron hull. Speakers, meanwhile, set within the dry dock, will resonate with sounds of the ocean, with an original score composed by multi-instrumentalist Joe Acheson of Hidden Orchestra. Saili’s spoken-word piece leads the narrative, exploring themes of invention, discovery, migration and freedom.

Limbic Cinema brought their multimedia and projection-mapping expertise to the project, developing a story inspired by the ship’s voyages. “The combination of the iron hull, glass sea overhead and centuries-old brickwork make this a spectacular location acoustically and visually,” said founder Thom Buttery. “Layer on the history and sense of bringing the sea back to the ship, and you capture a powerful sense of journey. Digital storytelling enables us to expand beyond the confines of the space and by augmenting the moving image with the ship itself we are able to create a real sense that the ship is in motion again.”

So what’s the deal when you descend under the ‘glass sea’ to walk around the iron hull, becoming immersed in multisensory storytelling as you reach the bow? Divided into three acts – ‘departure’, ‘storm’ and ‘icefield’ – the journey takes visitors off across the ocean, encountering various forms of sea life before a storm has the ship rising and falling in the waves with thunder and lightning all around. Glowing icebergs signal a mood more reflective as the ship navigates carefully through an icefield. The events depicted have been developed from passenger diaries, providing a feeling of revisiting the ship’s long and dramatic history.

As part of the experience there’ll also be a ‘museum late’ event on 2 September for people to explore after hours, with the added bonus of pop-up bars with Iron Island cocktails, prosecco and a full bar.

“The SS Great Britain rests, today, back in her original dry dock, but she was designed for a completely different environment – the world’s oceans,” said Kate Rambridge, head of interpretation. “This astonishing ship travelled more than a million miles at sea, and she still carries traces of salt in her iron hull. Although she’ll never sail again, digital multimedia can bring the sea back to the ship and show how she performed in that element – so that audiences can see her, once again, as resilient, graceful and dynamic.”

Previous
Staying safe in the sun