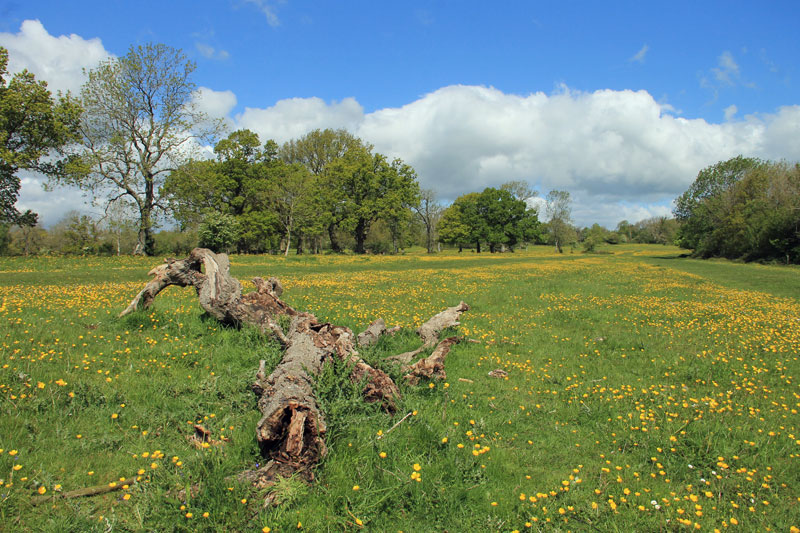 “Some [green corridors] are well-trodden, while others are well-kept secrets. All of them, though, can lead the way to inspirational urban explorations,” says Andrew Swift, who, this month, takes us on a journey to Bath and back.

There’s been much interest of late in green corridors – strips of natural habitat linking town to country. In January, the National Trust announced plans to create 20 such corridors by 2030, improving access to nature for those living in urban areas and enabling birds and animals to move freely from one habitat to another.

The first of these corridors will be in Bath, less than 15 minutes from Bristol by train, and will lead eastward along the river to water meadows recently acquired by the Trust after being saved from development.

Many green corridors already exist. Some are well-known and well-trodden, while others are well-kept secrets. All of them, though, can lead the way to inspirational urban explorations. And Bath, where you can be walking through untamed woodland or along a wildlife-rich canal towpath less than five minutes after leaving the station, is a great place to demonstrate this.

This seven-mile circular walk, which takes in some truly wild countryside, much of it owned by the National Trust, is also packed with the sort of surprises that makes treading the border between town and country so rewarding. One of the highlights is the push-start track where the British bobsleigh and skeleton teams – and the Jamaican bobsleigh team – trained for the Winter Olympics. You’ll also see mysterious standing stones, ancient churches, an 18th-century sham castle and a succession of superb views. Much of the walk lies through woodland, where at this time of year wild garlic grows in abundance, so there’s the opportunity for a spot of foraging as well.

THE WALK
Arriving at Bath Spa, leave through the ticket barriers at the back of the station, cross a footbridge over the river and carry straight on across two sets of pedestrian lights. Turn right and then left up Lyncombe Hill before turning right along Calton Road.
After 125m, turn left, heading across a patch of grass to a flight of wooden steps which lead to a path through the woods below Beechen Cliff. Carry on across a flight of steps to emerge in Magdalen Gardens, with the Chapel of St Mary Magdalen, founded around 1100, below you. At the end of the park, bear left up steps and follow a steep path as it curves along the edge of the escarpment to emerge in Alexandra Park. Carry on along the edge of the escarpment, and, after the path drops down past a viewing platform, follow it out of the park.

After another 50m, go through a kissing gate (KG) on the right to follow a gravel path snaking down through a field. At the end, go through a handgate, turn left down a lane and, when it curves left, carry straight on down Rosemount Lane (ST755637: BA2 4NE). Turn left at the bottom, cross over when you come to the main road and turn right uphill. Take the first left along Church Street, and carry on until you come to Widcombe Manor on the left and St Thomas à Becket church on the right. Just past the church, turn right up Church Lane.

After 500m, look to your right to see the lakes at Prior Park – originally fishponds belonging to Bath Abbey – currently being restored. When you reach Fishponds Cottage (ST762634; BA2 6BD), carry straight on up a steep narrow path (don’t go through the KG on the left). When the path emerges in a field, bear left up a stepped path to head diagonally uphill. Continue in the same direction, and at the top, when you come to two KGs, go through the one on the right. Head on up to go through another KG and, after turning to take in the view over the city, turn left alongside the fence.

After passing a pond, head up steps. At the top carry straight on and, when you come to a surfaced track, turn left along it. Carry on along the surfaced track for 550m, and, after passing a gate, continue straight on along a lane. When you reach Widcombe Hill, cross and carry on along the road opposite. At the end, cross the main road and carry on, bearing to the right of an octagonal cottage along The Avenue (ST770642; BA2 7AZ).

After 150m, go through a gap in the wall on the left to follow a woodland path parallel to The Avenue. When you come to a road, cross and carry on along the woodland path. After another 400m, you pass the entrance to the University of Bath push-start track. A little further on, with the end of the track towering above you, turn left alongside the fence to walk the length of the track, and at the end cross a step stile into a large field known as Bushey Norwood. Follow a National Trust waymark straight on, with the wall on your right. A little way along, look over to the copse on your left to see a standing stone among the trees. There are several more on the far side of the copse, but their origins are shrouded in mystery. Some think they may be remnants of an ancient stone circle, others claim that they are Victorian eye catchers or markers for an 18th-century racecourse. But nobody really knows.

After passing the copse, bear left to walk the length of Bushey Norwood, and at the end go through a KG in the right-hand corner. A few metres further on, when the path forks, bear right to follow a rough track along the edge of the escarpment, with a sheer, unfenced drop on your right and caves leading into old underground quarries on your left. After 400m, you cross a track heading steeply downhill. This was originally a tramway, built in the early 19th century to carry stone from the quarries down to a wharf on the canal. Some of the stone sleepers on which the rails rested still survive.

Carry on across the old tramway to follow a rough track made even rougher by recently fallen trees – although they may have been cleared by the time you read this. At the end of the woods, go through a KG, turn left up a sunken track and follow it as it curves uphill for 100m, before bearing right past a bench to follow a track across Bathampton Down. After passing the communications masts, carry on along a surfaced track. Go through a KG at the end and head to the right of the building ahead to emerge in front of Sham Castle, a folly erected in 1762 with a panoramic view of the city and the countryside beyond. (ST766649; BA2 6HT). Turn right down a rocky path, cross a drive, go through a KG and head down a steep path. The KG at the bottom leads down steps onto a busy road, Cross and turn right downhill, and after 100m turn left down steps. Carry on down a path and, when it ends, continue down the road ahead.

At the bottom, follow the road as it swings right. At the end, turn left to double back along the towpath of the Kennet & Avon Canal (ST759652; BA2 6JH). When the towpath rises to a road, cross the zebra crossing, turn right and go down steps by the express store to continue along the canal. Carry on for 750m (with one more road crossing) past five locks, and just beyond Lock 8/9 turn left along the road.

At the mini-roundabout, turn right along Widcombe Parade – where there is a range of pubs and cafés – and after 200m turn right at the pedestrian lights to cross the footbridge back to the station.

More walks around Bath can be found in Andrew Swift’s On Foot in Bath and Country Walks from Bath, available from bookshops or direct from akemanpress.com.