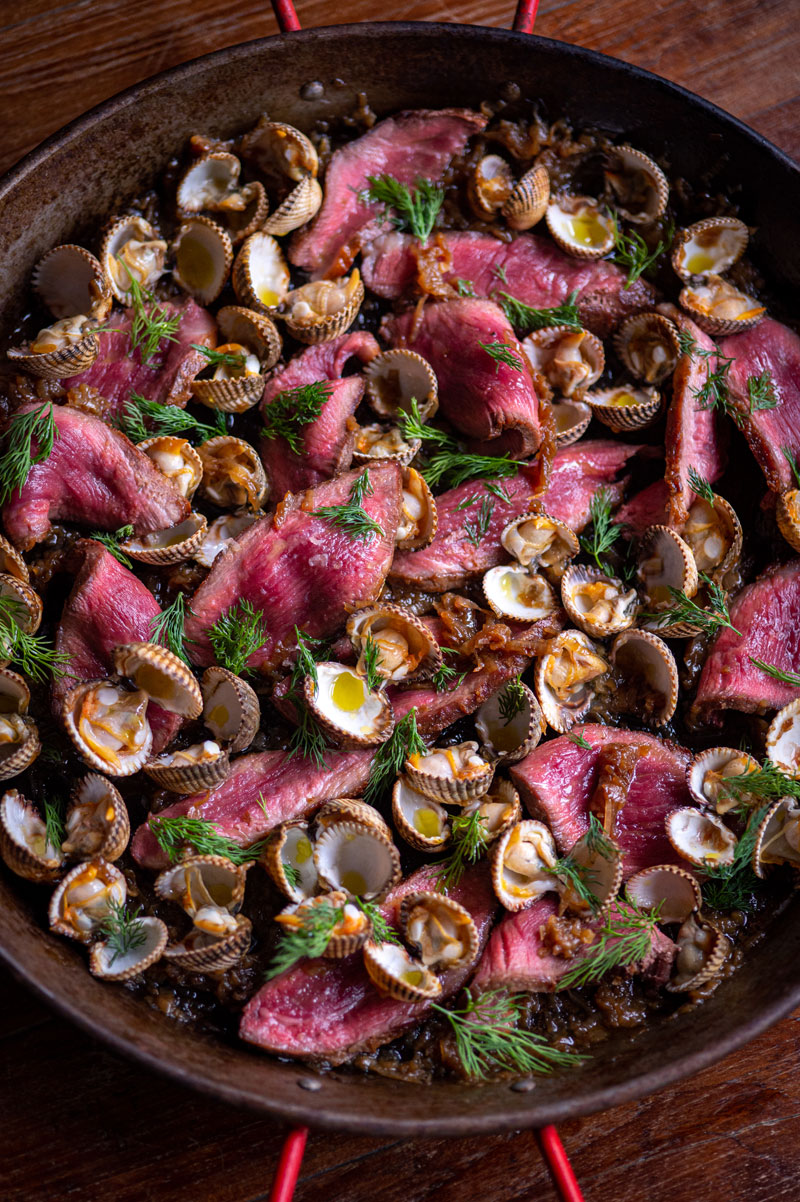 One of the city’s most respected Spanish restaurants is publishing a gorgeous new cookbook, painting a beautiful image of the country it puts front and centre in its cuisine.

Tom Parker Bowles suggested last December that Bar 44’s sister restaurant in Cardiff could be his restaurant of the year, and the Cowbridge-born brothers behind both establishments have won high-profile praise from many others, including Saturday Kitchen’s Matt Tebbutt and The Sunday Telegraph’s Susy Atkins – who believes Owen Morgan to be one of the UK’s most inventive sherry connoisseurs.

The Spanish-inspired Clifton Village eatery is certainly one of our favourites; we visit seeking out lip-smacking sangrias, sherry cocktails and ice cream laced with the fortified stuff, and the Iberian-influenced roast dinner. Oh boy, is it good.

Owen and his brother Tom founded the first Bar 44 restaurant in 2002, having fallen in love with Spanish food, drink and culture throughout their formative years, and now import their own olives and sherry and run educational food and drink tours as well as online cookalongs. This month they are bringing out a beautiful new book, Bar 44 Tapas y Copas: This Is Our Spain, elevating traditional Spanish cuisine to exciting new heights. We’re talking chorizo in cider, beetroot gazpacho, dates in bacon, roast cauliflower and romesco, strawberry and cava sorbet, pear and olive oil cake and blood orange salad. Peppered with vignettes illustrating how the brothers became restaurateurs, and the lengths they go to source ingredients – the Spanish mountains, coasts, plains, sherry ferias and cheese caves their larder – it commits to paper over 100 recipes that Bar 44 fans can make in their own kitchens. We can see it being a big autumn hit.

Bar 44 Tapas y Copas: This Is Our Spain is published by Seren Books on 8 November (£25)

Sometimes when you get hold of stunningly good produce, you want to do as little as possible to it, allowing the quality to shine through and letting people enjoy it simply but to the max. Bellota grade Ibérico pork, and the presa cut in particular, is up there with the finest truffles and caviar as one of the world’s premier ingredients. It is a shoulder cut, which in some countries would be slow-cooked, but the breeding and ultra free-range rearing of Ibérico pigs means that presa can be treated like prime fillet steak, needing little more than searing and serving medium rare. For this dish we combine it with fresh local cockles, which are steamed open in a mixture of caramelised onions and nutty amontillado sherry, a flavour combination that marries well with both pork and seafood. While this dish can be made in the kitchen (see end note below), it works best on a barbecue or in a wood-fired oven because that lick of smoke gives added flavour.

Note
If cooking the meat indoors rather than out, heat a frying pan until hot, then sear the presa in it for 8-10 minutes, until caramelised on all sides. Preheat the oven to 200°C/180°C fan/gas mark 6. Transfer the pork to a roasting tray and place in the oven for 10 minutes, or until a probe thermometer registers 49°C (rare) or 55°C (medium rare). All the other steps in the recipe can be done on the hob.

Next
Foodie fabulosity: Zak Hitchman on his Michelin-starred restaurant, Casamia