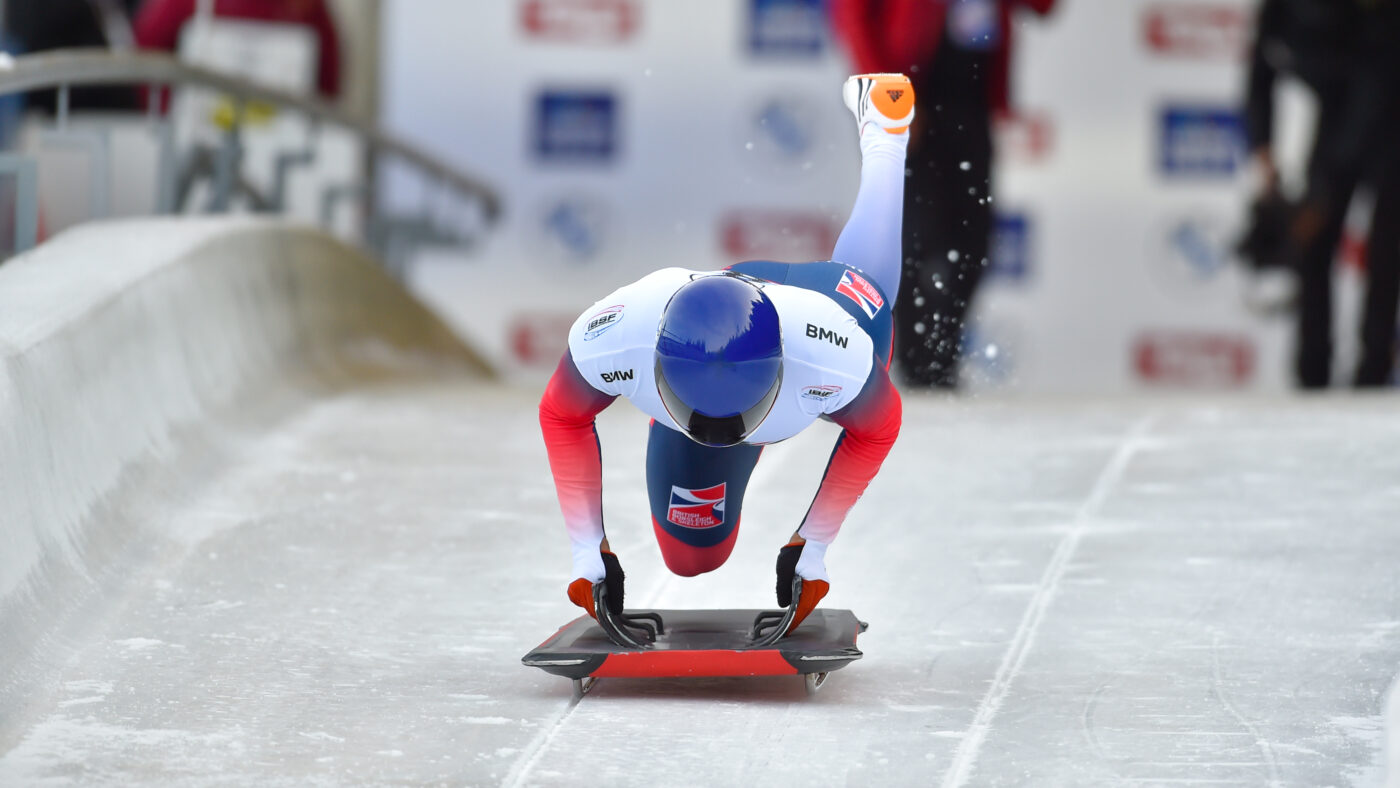 From Bristol to Beijing

As Beijing prepares to host the 2022 Winter Olympic and Paralympic Games from 4–20 February, Emma Clegg chats to Team GB skeleton athlete and Bristol local, Marcus Wyatt, about training at the renowned Team Bath Sports Training Village and his hopes for medal success.

Making his World Cup debut in Igls, Austria in December 2017, Marcus Wyatt finished an impressive 10th in his first elite-level skeleton outing. He narrowly missed out on a spot in the Team GB squad for the 2018 Winter Olympic Games in PyeongChang but did travel to South Korea after being selected to join the British Olympic Association’s Ambitions Programme for potential future Olympians.

Marcus is one of four skeleton athletes to have been selected by Team GB for the Winter Olympic Games. “It is a dream come true. This season has been tough, but I’m really excited to go out to compete for a medal,” he says.

Marcus’ opportunity to become a skeleton athlete came in his final year at university in 2014 when he watched Lizzy Yarnold win gold in Sochi. “I was looking at what I was going to do next. In the Olympic coverage they said that UK Sport wanted people to do trials for skeleton and I thought it sounded amazing – I was always a bit of an adrenalin junkie. After 10–11 months of trials I was accepted on the team – there were over 1,000 people who applied and they cut us down to four men and four women – suddenly I was part of a British sports team.”

Just three years later Marcus missed out on being selected for the PyeongChang team. “That was really tough,” he says. “I always felt I had a chance and I got super close. I knew I was good enough and it was hard for a few weeks, but it was just a case of picking myself back up and getting going again. I like to think it’s made me a stronger, more resilient athlete.”

Now back in force, Marcus won the Olympic Test Event silver in October on the Beijing track. “Beijing is a unique track”, says Marcus. “It is unlike any other track where we’ve been. There are two different track styles. Europe has one style where the corners are quite low, more like a C-shape – we call it the ‘rollover’, so where the ice goes over vertical it will turn you back down. Whereas in North America they have really big corners, so where you roll over the ice is almost flat, so you can be parallel going in a straight line but you might be 3ft or 8ft high. Beijing has mixed the two so you’ve got some corners that feel European and small and some where you can be going flat in the corner. It can be difficult to tell exactly how high you are, which is crucial in terms of getting the best exit for the corner.”

The coaching at Team Bath, where Marcus trains, taps into every aspect of preparation, physical and psychological, says Marcus: “I work with a strength and conditioning coach and we also have ice coaches who are more involved in the actual sliding. Then there are physios and psychologists, as well as technology aids and the research and innovation that goes on – it’s a big coaching team with multiple facilities and they all play their part.”

All this goes a long way to overcoming the lack of a nearby ice track: “We try and use the disadvantage of not having our own track as an advantage. We’ve shown in the past how we’re really good at going to a brand new track and learning it quickly. The Germans will do a couple of hundred runs down their own track every year, whereas we’re really good at turning up to a track and working it out in 10 runs. That’s something we really pride ourselves on and it’s been key to our success.”

The team’s success is also about collaboration: “We sit down as a group when we join the programme – even though it’s an individual sport, our philosophy is that we work as a team, so I’m benefitting from my runs, but also from Matt’s runs and Laura’s runs [Matt Weston and Laura Deas]. If you’re happy to have open, honest discussions as a group then you can learn so much more quickly. Ultimately, it’s you versus the clock not against other athletes, but we’re happy to share ideas because it’s how you then go and use them when you’re sliding.”

And what about medal hopes? “This year the field has been absolutely wide open,” says Marcus. “There are a couple of Olympic champions there, Yun Sung-Bin of Korea, who won in PyeongChang, and Russian Aleksandr Tretyakov, who won in Sochi, two Latvian Brothers, Martins and Tomass Dukurs, one of whom has won silver at the last three Games, and there are multiple World Cup race winners – honestly this year many races might see up to 15 potential skeleton athletes on the podium. I’d like to put myself and Matt in the mix as well. This could all come down to a couple of 100ths of a second over four and a half minutes of racing.”
There are of course no medal guarantees, but the preparation has been immaculate. Good luck TeamGB!

Previous
For the love of food: on Kalpna Woolf’s latest recipe book