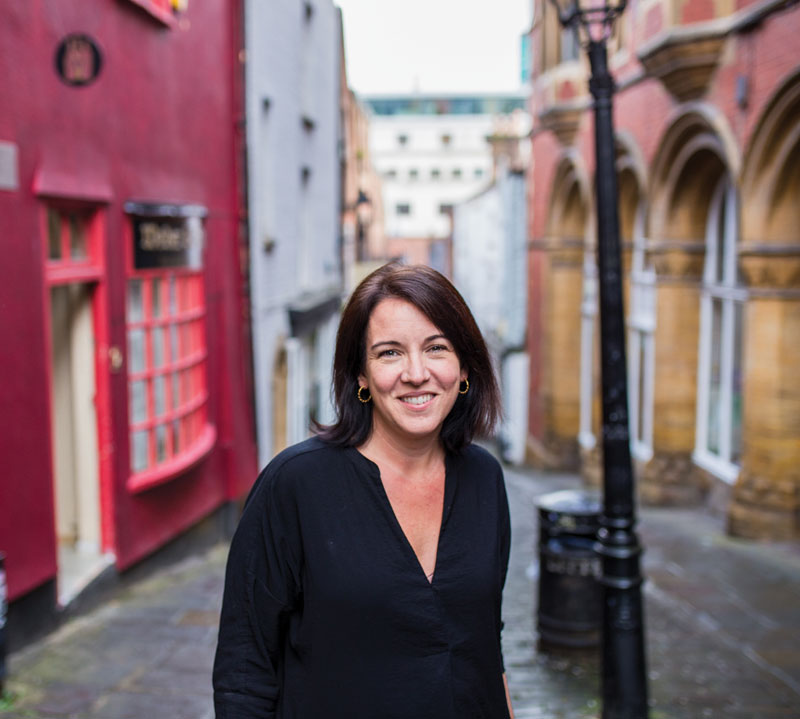 Many women do not realise that the products they rely on, day in, day out, are not designed with their needs in mind. Product designers are responsible for developing apps, gadgets, furniture, appliances and more for billions of people worldwide, but did you know only a fraction of these professionals are women?

In the UK alone, only 5% of the product design industry is made up of women. Of course, there are many fantastic male product designers, but only women can bring an innate understanding of the needs of other women in the product innovation process. The imbalance has led to a male-by-default design approach, which is not inclusive of other consumers. Don’t women and people who identify as women deserve better than this? Merle Hall, CEO of Bristol-based, world-leading product design consultancy, Kinneir Dufort (KD), thinks so. To illustrate this point, she has created a list of some products which clearly demonstrate why we need more women in product design, followed by a few female-centred successes.

Products used by women but designed by men:

1) Bioform bra – Seymour Powell
Seymour Powell developed Bioform bra for Charnos, which was featured on Channel 4’s Better By Design back in 2000. It was designed to give support to women with large breasts, but women reported it painfully pinching into their skin and lifting the breasts too high, causing another kind of discomfort.

2) G-Force vacuum – James Dyson
James Dyson’s G-Force vacuum cleaner came out in 1986 in Japan. It was heavy, awkward and bulky and, therefore, difficult for women to use. But, hey, it was pink! Since then, thankfully, the design has much improved, but there is always room for further development.

4) iPhone – Jony Ive
The first iPhone, designed by Jony Ive, may be iconic but I think it still lacks inclusive design. If you have ever struggled to handle a smartphone, it is probably because female consumers are not a big enough part of the development. Women’s hands are, on average, around an inch smaller than men’s, which can make ever-increasing screen sizes problematic. Texting one-handed on a 4.7-inch (12cm) or bigger smartphone can be difficult – or even impossible – for many women (and small-handed men).

5) Pinky Gloves – Eugen Raimkulow, Andre Ritterswürden
Eugen Raimkulow and Andre Ritterswürden, who created Pinky Gloves, received 30,000 Euros in investment after pitching on the German equivalent of Dragons’ Den – Die Höhle der Löwen (The Lions’ Cave) – in early 2021. The pink plastic gloves were designed for women to wear when removing tampons, to prevent menstrual blood getting onto their hands. Following a huge backlash from women on social media and from the world’s press, Pinky Gloves products were removed from the market.

6) Playgirl – Douglas Lambert
Douglas Lambert decided to create a competitor ‘feminist’ title to the very successful Playboy and Penthouse magazines. His new publication, Playgirl, launched in 1973, however, instead of flocks of women swiping copies from the shelves, the readership quickly became predominantly gay men.

2) Beautyblender – Rea Ann Silva
It’s been more than a decade since Rea Ann Silva launched her hot pink Beautyblender and essentially rewrote everything we thought we knew about makeup application in the process. Since then, she has also created a line that includes primer, foundation and a setting spray, constructing a one-stop shop for all things related to that little egg-shaped applicator we know and love. Why has the Beautyblender experienced so much success? Because Silva’s initial insights were grounded in conversations she had with women (via 20 years as a professional makeup artist), and the design of her product directly reflects that.

3) Gen M – Sam Simister, Heather Jackson
This online menopause platform is focused on solutions, rather than problems. In a survey by the British Menopause Society, over half of the women asked said the menopause had a negative impact on their life. There are also the partners, friends and work colleagues who want to show their support but simply do not know how. And it is not just women affected by menopause either – both trans men and non-binary people with female reproductive systems can go through it too. This resources hub is designed to help everyone, directly or indirectly affected, with managing symptoms and time effectively.

4) Eli Health – Marina Pavlovic Rivas
Eli empowers women to understand their bodies and the transitions they go through every day. The device uses saliva to capture hormone fluctuations at home, and an app that gives women the information they want – to own their health decisions and optimise fertility opportunities.

5) Daye – Valentina Milanova
With products rooted in science, inspired by women’s intuition, Valentina Milanova’s brand produces CBD tampons to help reduce period cramps as well as ‘naked’ tampons made with dye and pesticide-free, lab-tested, highly absorbent fibres. The applicator is made of sugar cane, and the wrapper is home-compostable. These tampons are produced by women who used to be part of the criminal and care systems, in a CO2-neutral South London facility.

6) CRAVE – Ti Chang
Industrial designer and social activist Ti Chang co-founded a brand which specialises in aesthetic adult toys that double up as jewellery. Ti’s work began life as the outcome of the world’s first crowdfunding campaign for a sex toy. Some of most well-known designs include the Vesper collection which is also a beautiful necklace available in rose gold, 24k gold-plated and silver varieties.

7) Hanx – Farah Kabir and Dr Sarah Walsh
Specialising in condoms, lubricant, sexual wellness and intimate health treatments, Hanx began in 2017 following a conversation between best mates Farah Kabir and Dr Sarah Walsh (an investment banker and a gynaecologist, respectively). They felt women, and their buying experience, were not being considered when it came to the products available in shops’ intimate health aisles – especially in terms of their generally “garish, stereotypically ‘masculine’” messaging.

8) The DivaCup – Francine Chambers and Carinne Chambers-Saini
If you have ever stopped to consider how bad disposable period products are for the environment and your body, this one is for you. Founded by mother-daughter power duo Francine Chambers and Carinne Chambers-Saini, DivaCup was created out of the pair’s frustration with tampons and pads, and the lacklustre experience that they gave women, who, instead of embracing their cycles, just dealt with them. Made from silicone, free of toxins and BPA, and offering up to 12 hours of protection, the DivaCup checks all of the eco-friendly period-care boxes.

Through the lens of data
Through the revealing lens of data, our eyes have been opened to the hidden places where inequality may still reside. In 2019, gender-blindness in tech culture and the unseen bias at work in our everyday lives was dubbed the “one-size-fits-men approach” by British author and campaigner Caroline Criado Perez in her book Invisible Women. Criado Perez explored case studies, government policies, medical research, urban planning and the media to highlight the areas where there is a lack of gender-specific data.
According to Criado Perez, there is an abundance of examples of where women’s lives are put at risk. She looked in to a study that found one in three women in the world lack access to safe toilets; as well as a report that showed that problems with ill-fitting PPE was worst in the emergency services. Only 5% of women said that their PPE never hampered their work, with body armour, stab vests, hi-vis vests and jackets all highlighted as unsuitable.
When it comes to tech, one study found that fitness monitors underestimated steps during housework by up to 74%, and users complained that they don’t count steps taken while pushing a pram. Criado Perez also looked into the way cars are designed around the body of “Reference Man”, so although men are more likely to crash, women involved in collisions are more likely to be seriously hurt because they are sitting “out of position”. Research from 2004 also suggests that pregnant women should use the standard seatbelt; but 62% of third-trimester pregnant women don’t fit that design.
In a world built largely by men and for men, Criado Perez also discussed how the intersections of race, gender identity, disability and other minority identities are made invisible to society. Ultimately, she argues, by putting the data in a spotlight, it will force society to see the world in a new way.

Next
Cycling across the Centuries and into Cribbs Causeway…