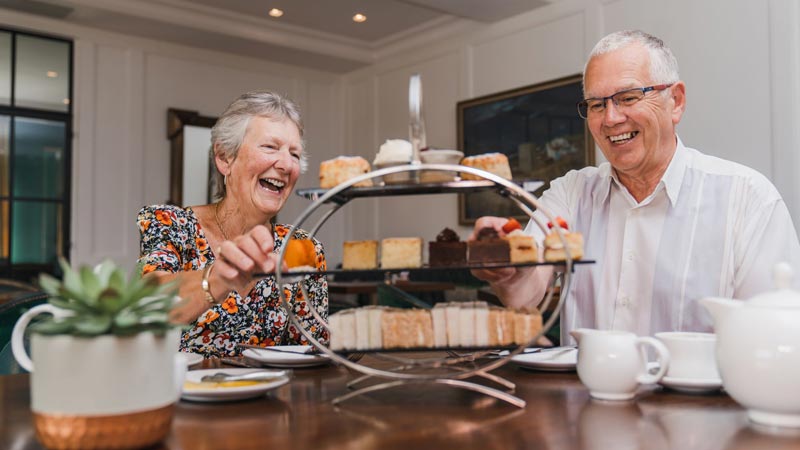 In September, historic sites across the UK will once again host Heritage Open Days, encouraging people to explore sites of history and culture across the country. While this was largely put on ice during the pandemic, where events were limited and movement restricted, it’s an exciting time to reconnect with local sites and inspire us to discover the stories that lie all around us.

Bristol is steeped in history, known for being a modern city with a historic past, and there are plenty of museums, galleries, and heritage sites to explore across the city. Finding out about the history of where we live, or paying attention to notable architecture all around, can unearth unexpected and exciting stories of the past that root us to our own homes.

At Audley Redwood, the luxury retirement village built just outside Bristol, in Failand, an important part of its development was recognising the historic ties of the village and keeping its heritage alive. For property owners, Mr and Mrs Huggins, living in the village means being part of a big community and fully embracing life in historic Bristol. To them, and other owners at Redwood, retirement can be the best time in life to discover new passions or develop interests that have always been held – whether that’s art, culture, heritage, or something totally different.

In fact, as Mr and Mrs Huggins are keen ballroom dancers, dancing 4-5 times a week, they have embraced the social life on their doorstep, keeping fit and active in their retirement. They also can be found walking around the 15-acres of grounds at Audley Redwood, or enjoying one of the many walking trails in the surrounding areas. And a slice of culture and heritage can be found right on their doorstep at Redwood. In naming the buildings and beautiful cottages on the site, Audley recognised the historic men and women who left their legacy on the area.

West Court is named after William West (1801–61), an English oil painter and watercolourist who was a member of the Bristol School of Artists. He was also the builder of the Clifton Observatory at Clifton Down, Bristol.

Blackwell Mews and Marshall Place both recognise two historic women who once lived in the heart of Bristol. Elizabeth Blackwell (1821-1910) was known for being the first woman to receive a medical degree in the United States, whilst Emma Marshall was an English Children’s author who wrote more than 200 novels throughout her lifetime and spent her later years in Leigh Woods, Bristol.

Other buildings at Audley Redwood highlight ties to famous families and landmarks in the local area. Smyth Court is named after the well-known landowning Smyth family who owned much of South Bristol for four centuries from 1545 – 1946, including the land on which Audley Redwood is located. Similarly, Lyons Mews recognises the Lyons family, owners of a local manor house which dates to 1265.

Whitebeam Court is named after the incredibly rare whitebeam trees which grow nowhere else but the Avon Gorge. And finally, Stokeleigh Court is in reference to Stokeleigh Camp, an Iron Age promontory fort in Leigh Woods, North Somerset near Bristol which has been designated a Scheduled Ancient Monument.

At the centre of the village is  Redwood Hall, home to the Audley Club, offering luxury facilities including a library, restaurant, bar and bistro, swimming pool and spa, all of which are accessible to both property owners and people living in the neighbouring communities.

And it’s not just the buildings that boast historic ties. Inside the walls of Redwood lie an exquisite variety of historic paintings, some dating back to the 19th century. The stories behind these pieces and the artists who created them reveal a wealth of cultural history for Audley owners and visitors to enjoy. The collection at Audley Redwood features 28 artworks from the collection of the Royal West of England Academy, which consists of 1,800 pieces acquired since its inception in 1844.

As the UK’s greenest city, walking routes are dotted around Bristol and embarking upon walks can unveil heritage sites and wonderful views all steeped in history. For example, Leigh Woods is a National Trust site nearby to Failand, as is the beautiful Abbots Pool and the Ashton Court Super Nova Trail – the latter  is a prime spot for cycling. While just across the famous suspension bridge, the charming suburb of Clifton Village offers fabulous views, boutiques and restaurants.

Audley Redwood, (audleyvillages.co.uk) an exclusive over 60’s development has proved to be incredibly popular with both people from the surrounding area and those looking to relocate since its opening in 2018. The village is now over 90% sold but for those interested in owning their own piece of history in Bristol, the village is hosting champagne viewings of the newly designed show cottage giving prospective property owners a private tour of the village and the chance to see what life at Audley Redwood is all about.